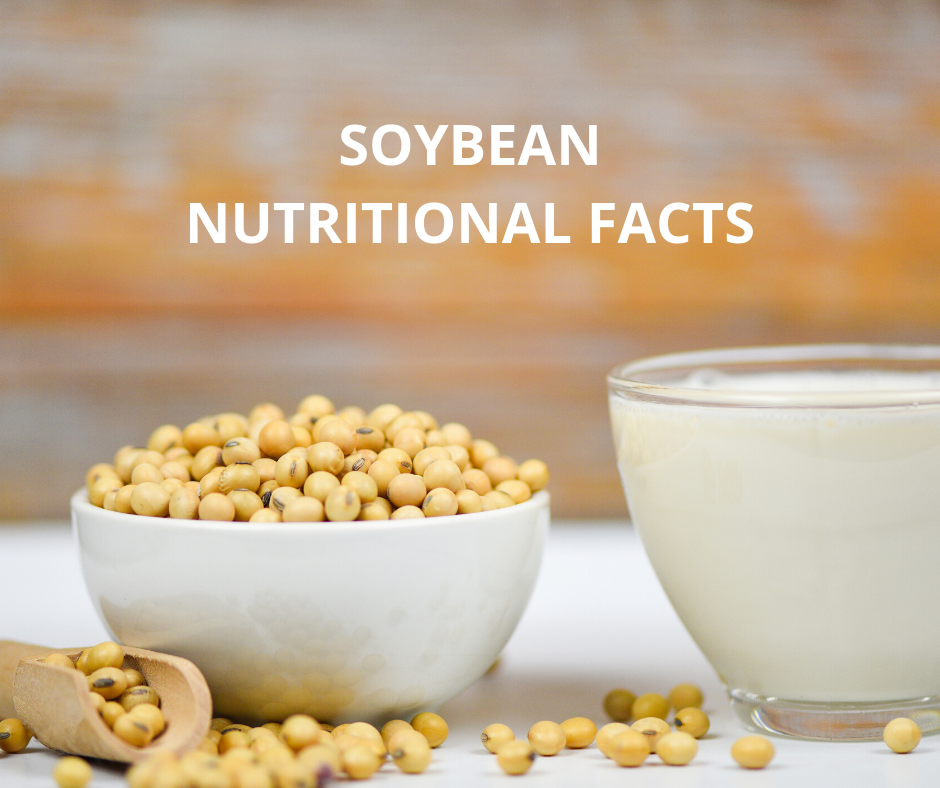 This article tells you everything you need to know about soybeans. Soybeans are among the best sources of plant-based protein.

The protein content of soybeans is 36–56% of the dry weight. One cup (172 grams) of boiled soybeans boasts around 29 grams of protein. The main types of protein in soybeans are glycinin and conglycinin, which make up approximately 80% of the total protein content. These proteins may trigger allergic reactions in some people. Consumption of soy protein has been linked with a modest decrease in cholesterol levels.

Soybeans are classified as oilseeds and used to make soybean oil. The fat content is approximately 18% of the dry weight — mainly polyunsaturated and monounsaturated fatty acids, with small amounts of saturated fat. The predominant type of fat in soybeans is linoleic acid, accounting for approximately 50% of the total fat content.

Being low in carbs, whole soybeans are very low on the glycemic index (GI), which is a measure of how foods affect the rise in blood sugar after a meal. This low GI makes soybeans suitable for people with diabetes.

Soybeans contain a fair amount of both soluble and insoluble fibre. The insoluble fibres are mainly alpha-galactosides, which may cause flatulence and diarrhoea in sensitive individuals.

Alpha-galactosides belong to a class of fibres called FODMAPs, which may exacerbate the symptoms of irritable bowel syndrome (IBS).

Despite causing unpleasant side effects in some people, soluble fibres in soybeans are generally considered healthy.

They are fermented by bacteria in your colon, leading to the formation of short-chain fatty acids (SCFAs), which may improve gut health and reduce your risk of colon cancer.

Soybeans are a very rich source of plant-based protein and fat. What’s more, their high fibre content is good for your gut health.

Soybeans are a good source of various vitamins and minerals. Soybeans are rich in molybdenum, an essential trace element primarily found in seeds, grains, and legumes.

Folate also known as vitamin B9, folate has various functions in your body and is considered particularly important during pregnancy

Soybeans are a good source of several vitamins and minerals, including vitamin K1, folate, copper, manganese, phosphorus, and thiamine.

Soybeans are a rich source of various bioactive plant compounds, including isoflavones, saponins, and phytic acid. Isoflavones in particular mimic oestrogen and are responsible for many of soybeans’ health effects.

Like most whole foods, soybeans have a number of beneficial health effects.

Soybeans contain plant compounds that may help prevent breast and prostate cancer. What’s more, these legumes may relieve menopause symptoms and cut the risk of osteoporosis in postmenopausal women.

They are a rich source of various vitamins, minerals, and beneficial plant compounds, such as isoflavones.

For this reason, regular soybean intake may alleviate the symptoms of menopause and reduce your risk of prostate and breast cancer.